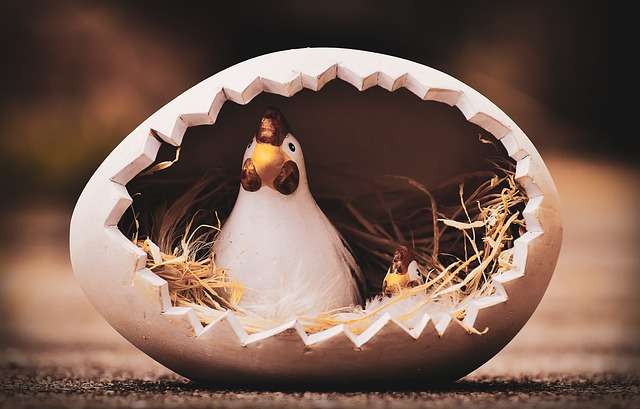 First, let’s look at the debate from a philosophical standpoint. Aristotle was the first person who raised this question about two thousand years ago. What’s interesting is that he thought that none of them came first. As an example of his view, he talked about a human: would the human be the first to appear, that person would have no parents, which contradicts all natural laws. Therefore, an egg couldn’t come first as it should be laid by a chicken, but a chicken should also come from an egg. Thus, they arrived at the same time! What a typical Canadian answer, you would think. So, lets’ dig deeper.

In the eighteenth century, philosophers realized that there was a lot of uncertainty in this question as what is considered by egg and chicken is not clearly defined. Despite that this problem is legitimate, I have never heard anyone voicing it until recently. So, what the philosophers implied over three centuries ago is that different concepts can be meant by an egg, such as caviar type of egg or ovum (a female reproductive cell). Also, during the evolution of a chicken, there were multiple similar birds, which could be referred to as chickens, but essentially are not.

What does science say about this riddle? For example, Darvin suspected that the egg came first because it is a cell, and the world consists of a milliard of tiny cells. Geneticists have a similar opinion to Darvin. According to science, our DNA sequence does not change during life. Thus, chicken ancestors could not mutate into chickens after hatching an egg. As you could have learned in your biology class in high school, the mutation can occur only at the embryo stage – aka in the egg. Thus, a chicken is likely hatched from the egg laid by another bird considered an ancestor of a domestic chicken.

For example, all dinosaurs laid eggs. In the course of evolution, some of the dinosaurs have lost their scales and grew feathers, and that is how the first birds appeared in nature (the process is oversimplified for this article). According to Shuhai Xia, a Chinese geoscientist, the first embryo can be as old as 600-million-years-old. But the first domesticated chicken occurred around 2000 BC. There is a significant difference between the two, so we can confidently argue that the egg was here first!

What do you think now? Did I convince you that the egg came first, or do you still believe that it was the chicken?