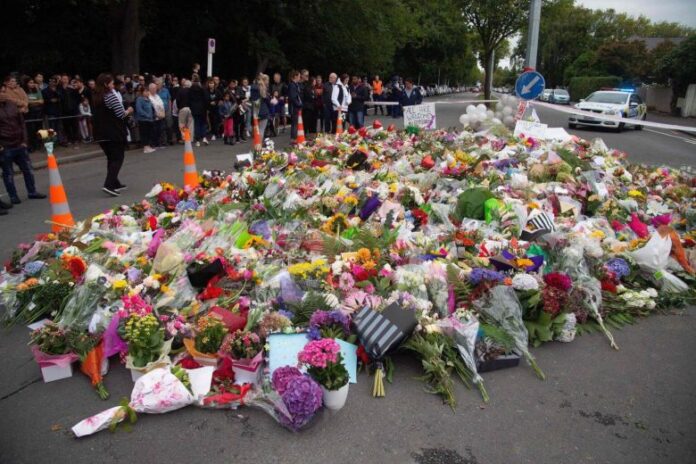 Hearing the news Thursday night, March 14th, before bed was shocking, disheartening, distressing and disgusting. I still cannot imagine how the victims, survivors, witnesses and community members could have been feeling after having an Islamophobic white-supremist gun dead 50 fellow Muslims during Friday prayer at their mosques in Christchurch, New Zealand. So many people are still numbed by the news – how could someone have the audacity to kill 50 innocent people, all because of their religion?

Upon the passing of a person, Muslims say, ‘inna lillah wa inna ilayhi rajeoon,’ meaning that to God we belong and that we will return to him (upon death). ‘Allah yarhamhom’ means ‘may God have mercy on them.’ These are all prayers said upon the death of a person, and I pray that these victims lay in peace. May God strengthen the family members, friends and community members who were affected or lost loved ones. It is undoubtedly a time of pain and sorrow. My unending prayers go to all that were affected.

On Friday, March 15th, New Zealand’s worst-ever mass shooting took place. The gunman livestreamed his whole attack of two mosques (Al Noor and Masjid mosques) on Facebook, with people online praising his acts. The gunman specifically chose Friday afternoon, as it is the weekly day of worship for Muslims. Immediately news headlines declared 49 people had been killed and dozens of others were in hospital due to gun wounds. Within hours, support from across the globe flooded in for the Christchurch Muslim community. The infamous picture with a woman hugging a Muslim woman wearing a head scarf was shared worldwide with the caption, ‘This is your home. You should have been safe here.’

As of March 19th, the death count sits at 50 people – all targeted for their faith. Dozens more are in hospital, with some in critical condition. The victims are of all ages, ethnicities, both male and female. Many young lives were cut short, with the youngest victim being 3 years old.

The very first victim was Daoud Nabi, an elderly Afghan man who had been living in New Zealand for more than four decades after fleeing Afghanistan as a refugee. According to reports, he had opened the door to the gunman and greeted him with, “Hello, brother,” before being shot to death.

Another person killed was Ansi Alibava. She and her husband came from India with dreams to complete her studies in New Zealand and to get a great job. Her husband, Abdul Nazer, has been left in devastation. “She had so many dreams,” he says. “No one would expect something like this would happen. There are a lot of good people here … This shouldn’t happen to any family.” Many of the other victims were Pakistani, Bangladeshi or Indian nationals. Hosne Ahmed of Bangladeshi decent went searching for her paralyzed husband that uses a wheelchair. In trying to save her husband, she lost her life.

Other victims were of Somali, Palestinian, Jordanian or Syrian decent, among others. What is saddening to hear is that a few of the victims were Syrian refugees who had come to New Zealand for a better life. They had fled the warfare in their home country, only to be shot to death by a white nationalist. The thought is chilling.

One unique victim was Linda Armstrong who converted to Islam in her 50s and took the time to open her home to immigrants, travelers and refugees. It is paining to know that her life has been cut short.

In the first few hours of the attack, the media was criticized for failing to call the gunman a terrorist. New Zealand Prime Minister Jacinda Ardern finally labelled the incident a “terrorist attack,” as it was apparent that the terrorist had embraced extremist views and had written a white nationalist manifesto. The gunman was identified as 28-year-old Brenton Harrison Tarrant.

The goal of his massacre was to “take a stand to ensure a future for [his] people” and to “directly reduce immigration rates to European lands.” As an extremist white supremist, he claimed to represent “millions of European and other ethno-nationalist peoples,” and wanted to “ensure the existence of [his] people, and a future for white children.”

It was clear that after his trip to France in 2017, after witnessing the large volume of refugees in that country, Tarrant felt that French cities were overflowing with “invaders.” After killing dozens of people, he feels no remorse, and instead he wishes he “could have killed more invaders, and more traitors as well.” As of March 19th, Tarrant has fired his defense lawyer and has chosen to defend himself. The ex-lawyer claims that Tarrant is very “rational” and is not insane. It appears that he is enjoying the limelight.

NZ PM Ardern has vowed to never say the terrorist’s name nor give him the platform and attention that he wanted to gain from the tragedy.

In the wake of this attack, a little humor arose in a must-watch video showing a young teen, William Connolly, cracking an egg over the head of Fraser Anning, a far-right Australian politician who implied that immigration and “Muslim fanatics” were what caused the devastating shooting. This racist politician, Anning, was blaming immigrants for bringing the attack onto themselves just because they had chosen to come to New Zealand.

After being egged, the Anning immediately punched the young man in the face, and soon many people tried to strain the older man from beating Connolly. On March 18th, young Connolly publicly announced that he would donate most of the proceeds of a GoFundMe page set up in his name to the family members of the Christchurch shooting victims. (TheGoFundMe page was created to help fund Connolly’s legal fees after he was arrested for egging Anning.)

If you have the chance, check out the video – just Google ‘eggboy.’. Or better yet, ‘eggboi.’

What good has come of this tragedy?

Overwhelming support has come from all over the globe for the Christchurch Muslim community and for Muslims from across the globe. It is evident that people of all faiths and backgrounds are willing to take a stand against Islamophobia and stand with their Muslim brothers and sisters. In addition, New Zealand has made many reforms to its gun laws. There is a hope that one day we can live in a terror free world, in which we understand each other’s differences and learn to live in peace.

The content of this article has been collected from various online news sites including Al Jazeera, CNN, BBC, News18, news.com.au, and Rolling Stone, among others.