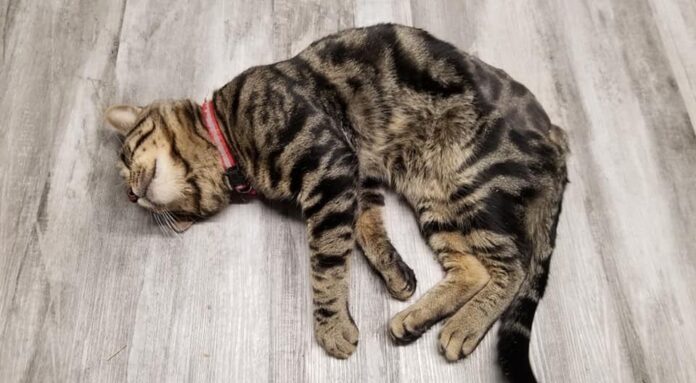 For those of you who aren’t familiar with me and my interests, I’m a huge animal lover. I grew up in a house with dogs, cats, hamsters and birds, which subsequently lead me to volunteer in high school for a few summers at a trail-riding business and animal shelter in Smithers. Upon graduating high school and moving out on my own, my exposure to animals became limited to the animals I would look after while their owners were away on vacation and the various household pets I encountered when I was cleaning houses. I managed to convince myself not to adopt an animal previous to quarantine because I thought it would be irresponsible to take on an animal that I would not have the time or love to dedicate to it. If I was house sitting my roommates maybe saw me a couple of days a week for months at a time, so if I had an animal waiting at home for me how would I be able to offer them a quality life as well?

Well, since the pandemic began, I had been browsing the PG Humane Society, Ospika Vet, PG Animal Rescue and SPCA websites to monitor what animals were available for adoption and what their needs were. Though I told myself I was not committing to anything and was just browsing, I really wanted to wait for an animal that I thought would be a good addition to our one-cat home, and who would maybe otherwise struggle to be adopted. As such, I did some research about shelter statistics and found that older animals – both dogs and cats – tend to get adopted last and change hands more often. Black cats were also found to struggle to be adopted as there is still superstition surrounding their colours.

Near the beginning of November, I stumbled across a Facebook post for an adult cat named Catboy who was healing from his surgery and ready to be adopted from Ospika Pet and Animal Supplies. He was a beautiful medium-haired tabby who also acted as a loving father to the kittens that were brought through the doors, and I was immediately intrigued. The fact that he liked the kittens meant he would likely be able to befriend my roommate’s cat (Momo), or at the very least might be congenial enough that he would be willing to accept his presence in the house. He was considered an adult technically, but a two-year-old cat is still a kitten in many aspects so I wanted to wait and see if there was any public interest. Several more updated Facebook posts followed about the arrival of new kittens while still in search of a home for Catboy which had me convinced that this was a sign from the universe if I ever saw one. After a few conversations with various important people in my life later, I was on my way to adopt a cat.

Since his arrival, this cat has been the most friendly and appreciative cat we have encountered. To our great surprise, it only took him three days to be able to sit in the same room as a VERY disgruntled and grumpy Momo. Several more days passed and they were able to sleep in the same room without anyone hissing at each other. Just today, I caught Catboy grooming Momo who had just come inside from his morning exploration. Incredible!

He has definitely made us change some of our habits and reconsider how we live our lives. We have had to establish feeding schedules to help Momo not gain an excessive amount of winter weight by eating Catboy’s food, and we have had to change litters several times in order to get the right balance of scent control they both are willing to do their business in. Before we adopted Catboy, Momo would meow at all times of the night and day for attention – since Catboy incessantly follows him around in an attempt to play, Momo has completely stopped meowing at us. All of the curtains in my room have had to be folded and held out of the way because Catboy gets the zoomies at 3am and will hang from them if you leave them down. All of my plants have had to be condensed and kept on a very high shelf that he cannot reach because he will eat even the poisonous ones. His love of fuzzy blankets is something of an obsession, so my entire bed is now covered in plush blankets for him to knead on and rollover.

As a person who struggles with depression and anxiety, maintaining his schedule has helped me to maintain my own schedule consistently which is important for maintaining my own health. I have yet to miss a feeding and his vocalness is a large reason for that – he knows when it’s food time and he plans to get fed no matter how much meowing it takes. He fights the perpetual loneliness that grew during quarantine and followed me to my bed when I was alone in the house. His company has not only given me something to look forward to in the morning and something to do, he has also given me He makes sure I do not have to go anywhere in the house without an escort – including to the bathroom. When you are doing something that he likes (whether it be feeding him, scratching his head, or grabbing his favourite toy to play with), his chest immediately launches into a hearty purr that can make even the worst days better. That same purr comes out the moment he hears the treat bag and he will run to wherever I am with comical speed.

Now, when I wake up and walk to the kitchen to make my morning coffee I can’t remember how I ever enjoyed my days without the patter of feet behind me and a warm body pressing up against my legs. I would hate to go back to showering without an audience and silence in the middle of the night. It truly is beautiful how the quality of your life improves when you are given another life to live for.

Covid-19: The effect the virus has had on inflation