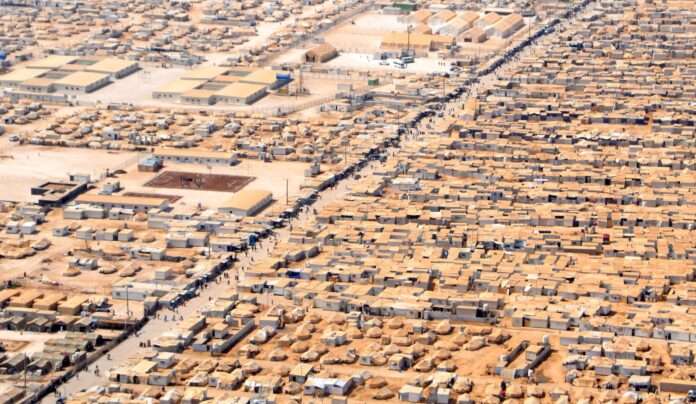 Jan 18th, 2013. First day at the camp and officially as a refugee. We built our tent, and it is ready to live in it. The feeling sank in; yesterday we were in our house, and today we are in the refugee camp, in a tent made of fabric. The distance between the tents was 3 to 4 meters maximum, as the camp was way overcapacity. We woke up that day and had no idea what to do or what the plan was for today, tomorrow, or the future. We did not have food during that time, and we had money to cover our needs for 4 or 5 days maximum. We started asking people in the neighbourhood about getting support or where to get food. People were helpful, and they directed us to where to get help. There was an organization where you should take your refugee documentation and go to give you rice and bulgur once a week. The amount you get depends on the number of family members. As that was our first day, they gave us two cook pots to use them. We prepared our cooker and headed to the kitchen to get the cooking gas. There was a three-hour lineup and another hour of cooking. Life there was running 24/7 just to put food on the table. My daily schedule was walking around two kilometres in the morning to bring bread, then another three kilometres of walking to buy vegetables as the UNHCR organizations in the camp did not provide it. Then go and line up to cook a meal, and after that, another two kilometres of walking to charge your phone’s battery where they had an electrical generator.

We could not stand it there, but we stopped complaining when we remembered the bombing back home. That did help in adapting to the dire situation there. We have a famous saying, “what makes you accept the bad?” The answer is “The Worst.” We started working on making things better instead of keeping looking at life negatively. We decided to follow the saying: “Don’t look at the glass half empty but look at the glass half full.” To convince ourselves, we were saying, at least now we are in a safe place away from the bombing, and we can sleep a full seven or eight hours without fear or getting interrupted as it used to be.

My brother and I started working on plans to develop the quality of our life there. The first thing we did was buy another tent. As we were 5 in one tent, that helped us a bit with extra space. After that, we started building a small water tank to save the water instead of bringing the water using the 10 litre gallon every day. In the camp, there were no education institutions at all. Later, they started building elementary schools only, but there were no universities or colleges, so I was out of school for a very long time. Then we started hearing from neighbours that UNHCR organizations hire refugees as volunteers to help them in the camp. As there were no chances for me to continue my education, my brother and I started looking for opportunities around until I found an organization that runs a playground for children under 15 years old. I applied and got accepted to become a monitor for the children and make sure no one got hurt or had a fight with the others. Since all the children in the camp witnessed the war, the majority tended to be aggressive. My work schedule started every day from 8 am till 2 pm, without any holidays. That helped me in many ways; financially, as we ran out of money by that time, helped me fill my time with practical things, and helped me get rid of my negative energy. After several months, my brother also found a volunteering opportunity as a teacher for disabled children. We started developing our life financially and started to settle down there. Despite that, there were a lot of missing needs, but nothing will come at once. Things will come step by step. The first few salaries we received, we bought a gas heater as it was so cold there, but on the other hand, it was so dangerous to have a gas heater in a tent, as there were a lot of tents that got burned every month due to minor mistakes. Also, for every salary, we set aside a portion to buy one of our needs there until we saved a good amount of money and made the big purchase of a caravan, a pre-built house 4 meters in length and 3 meters wide, made of thin metal. The feeling after we bought it honestly could not be described. We felt as if we owned a huge palace by moving from tent to caravan. I will end part 3 here and see you in part 4 in the issue of March 2022.