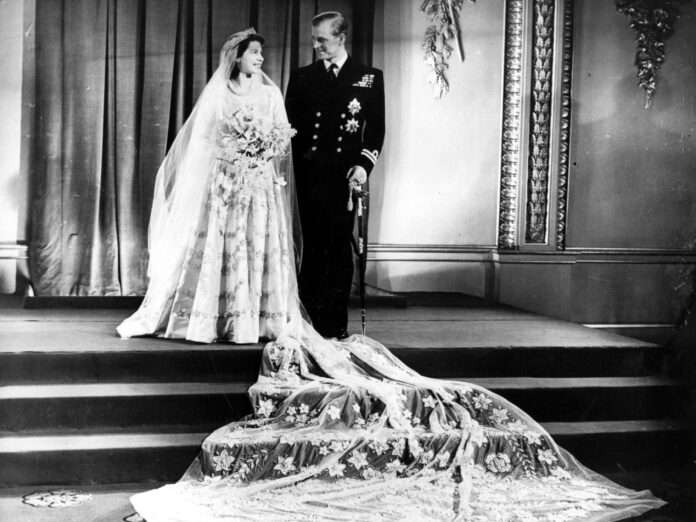 One of the most interesting facts I’ve ever heard about UNBC was the fact on August 17, 1994, the Queen Elizabeth II visited Prince George to officially open the University. Over 10,000 people attended the ceremony and other celebrations that continued into the evening as a result of the event. Many more people watched the live, countrywide broadcast on CBC on television. 1400 students began classes three weeks later. Because of the QuickStart programme, UNBC had its first graduates before the campus even opened.

She arrived on campus by motorcade and was greeted at the ceremonial entry by UNBC’s first Chancellor, Dr. Iona Campagnolo, and other dignitaries. Following a brief tour of campus, she addressed those in attendance, saying, “I was told that I was to see a spectacular campus here at the University of Northern British Columbia. I have indeed, and you are fortunate to learn and teach in such a matchless setting.”

The trip was part of the Queen’s 11-day coast-to-coast tour, which began in Halifax and ended with stops in Prince George, Prince Rupert, Yellowknife, Rankin Inlet, and Iqaluit in that order. The Queen was only in Prince George for a short time. Despite the short duration of her visit, both those there in person and those watching on television felt The Queen’s majestic presence and friendly demeanour. Her yellow outfit stuck in the minds of many spectators since it appeared to herald the University’s promising future.

UNBC has honoured the Royal Family by lowering its flags out of respect.

Elizabeth II (1926–2022) became queen of Great Britain and Northern Ireland on 6 February 1952 following the death of her father, King George VI (1895–1952). She was the longest-serving monarch in British history. For 70 years Queen Elizabeth was a figurehead for her country and the Commonwealth. After seven decades of reign, Queen Elizabeth II died in Balmoral, Scotland, at 96 years old on September 8th, 2022. At her birth, few knew Elizabeth would become queen of Britain. Elizabeth, known by her nickname Lilibet, spent her first decade of life basking in the perks of royal life without the added responsibility of being the next heir apparent. Queen Elizabeth ascended the throne at age 25 and is the world’s second longest reigning monarch.

At the moment of the Queen’s death, Prince Charles became King Charles III, inheriting the sovereign title, job and all assets and property. His official coronation date has not been set as of yet.

Elizabeth’s lengthy, mostly peaceful reign was marked by changes in her people’s lives, her country’s power, how Britain is viewed overseas, and how the monarchy is portrayed. Elizabeth did not express her political opinions or weigh in on political issues because she was a constitutional queen but she had frequent meetings with her prime ministers.

When Elizabeth became queen, Britain possessed a large empire, dominions, and dependencies. In the 1950s and 1960s, however, many of these colonies attained independence, and the British Empire transformed into the Commonwealth of Nations. As head of the Commonwealth and a representative of the United Kingdom, Elizabeth II visited various countries, including a historic trip to Germany in 1965. She became the first British monarch to visit Germany in more than 50 years. Her visit marked the 20-year anniversary of the end of World War II, helping to symbolize the reconciliation between the two countries and recognize Germany’s reemergence as a power in Europe and on the world stage.

Elizabeth modernised the monarchy throughout her reign by removing some of its formalities and opening up some of its assets and locations to the public. As Britain and other countries were having trouble with their finances, Britain got rid of the Civil List in 2012. The Civil List was a public funding system for the monarchy that went back about 250 years.

The royal family in crisis

At the turn of the 21st century, the royal family’s affairs, spending habits, and personal feuds became fodder for an endless number of celebrity gossip columns. The queen, however, was a staunch defender of the Victorian propriety of her ancestors, a position that increasingly put her at odds with the rest of the royal family. Still, not even Elizabeth could avoid criticism completely. The public’s attention was drawn to the queen’s finances in 1992, when a fire destroyed part of her beloved Windsor Castle. When the government stated that taxpayers would bear the $90-million cost of repair, British commentators reacted angrily. In response, Elizabeth made an immediate announcement outlining a plan to pay personal income taxes, something she had never done before, and used her own significant savings to reconstruct the castle. The fire in 1992 happened at the same time as a lot of bad news about the royal family, like a lot of high-profile divorces and a tabloid frenzy over royal scandals. (Many of these incidents, including clashes with prime ministers, rumours of Philip’s immorality, and a break-in at Buckingham Palace, are dramatised in the acclaimed Netflix series “The Crown.”) In her traditional Christmas address, the queen broke her silence on the year 1992, which she called an annulus horribilis (Latin for “terrible year”).

There are two main viewpoints that have emerged surrounding the passing of the Queen; one has dominated the news cycles and has become the prevailing narrative, maintaining and centering whiteness and white comfort. It will extol the Queen’s praises, talk about her consistency and leadership over a period of seven decades, and discuss how adored she was. So when I started to write about the queen, what you see above is what the majority of mainstream news articles have covered.

The other point of view, which I will be sharing comes from a great Instagram/twitter page called @OnCanadaProject. @OnCanadaProject opens discussions about the colonial, patriarchal, white supremacist cultures, systems, and structures within which we live and work in Canada. Anyways…this point of view that I’m going to mention is what has probably been pushed away to the sidelines and mostly ignored by mainstream media. Both stories are worthy of being given space (especially when you consider how CBC NEWS had a forced-birth advocate after Roe v Wade was overturned).

A moment for reciprocated empathy

Look, we’re not royalists, but I have empathy for her family in mourning. I can respect her commitment to duty. What sucks is that the same empathy is rarely reciprocated to the global majority (BIPOC) whose families and ancestors have suffered (and continue to suffer) violence and harm as a result of the Queen and her family. The truth is that the British monarchy is a white supremacist organisation that is responsible for the theft of land, lives, and resources, as well as the resulting intergenerational trauma and death.

After studying for four years at UNBC and taking some First Nations classes and learning about the history of colonization and reconciliation, I’m upset that almost nobody talks about this subject. Even when I was starting to write about the queen, I was like, “should I just write the same stuff that other mainstream sources have covered or am I going to get fired if the university doesn’t like the perspective that I’ve shared here?”  But yeah.. TBH it doesn’t seem fair to me that it’s all praise and admiration when its about the queen and the royal family. I am not saying that the queen and the royal family has not done anything good! But there should be held responsible for about many things. They orchestrated genocides and famines. The manufactured divisions of hatred among communities that continued after the British “granted” independence and the intentional political and economic instability left behind in colonized countries. The stolen resources, stolen land, and stolen lives-none of which have received even a performative apology. Those who suffered, haven’t seen reparations, they haven’t had any justice – And yet, when she passes, it’ll just be about how wonderful she was.

Let me be more clear. I guess my feelings about the queen as a person are separate from my feelings for the institution she upheld. I think she was a strong and kind woman but I don’t think she should be glorified with a blind eye today at all. However, there is also no grace in using today to portray her as completely evil either. There are still real family members who lost a grandma, an aunt, a parent and have to process that publicly. People are still human, even if you hate the things they represent.

I have to say though, for a fact the collective awareness of white supremacy and colonization has grown so much in Canada. This means more and more of us are unpacking our internalized racism or learning about the white privilege they have — and together we’re (imperfectly) embracing the nuance of a truly diverse society. Which is AWESOME!