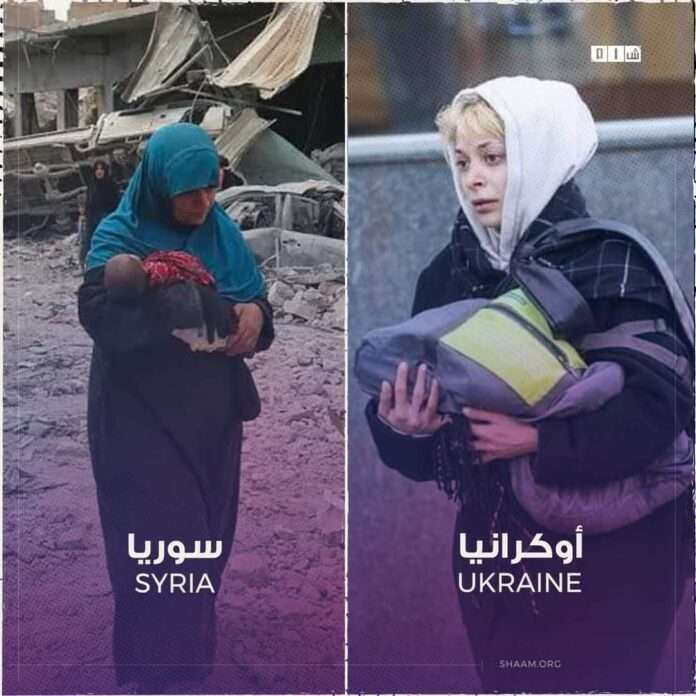 Is it the spark of the start of World War III? Or is it, as usual, the reckoning field for the biggest parties in the world, the Soviet Union/Russia VS NATO/USA? Since World War II, wars have happened in third-party countries, such as Afghanistan, Iraq, Syria, Iran, etc. On Thursday, February 24, Russia started their invasion of Ukraine. Russian President Vladimir Putin thought they would take over Ukraine and its capital Kyiv in less than a week. Still, the Ukrainian forces defended their country very well, which surprised the Russian army. As of today, March 12, most of the Ukrainian cities have become under Russian control except the capital Kyiv and all the battles around it. Ukraine received support from all European countries and the USA.
Europe and the US besieged Russia economically. They have imposed harsh economic sanctions that will destroy Russia in the long term or turn it into one of the poorest countries in the world. But will Europe and the US plan on keeping these sanctions on Russia? As we know, Putin is a crazy man, and if he feels that he is falling, he will never give up, especially since he owns a nuclear weapons arsenal; he may use it at any time. Putin right now is like the cat, he will play it friendly, but when he feels trapped, he will switch to a lion. That is even what makes Europe and the US feel scared about any action against Russia. The sanctions they are imposing on Russia now is a friendly message that please withdraw from Ukraine, as we do not want to fight you. Biden and many European presidents were clear on that, “We do not want war with Russia, and we will not send an army to Ukraine, but we will support Ukraine logistically, financially and morally.” Biden is happy with what is going on right now, as he is isolating and weakening Russia without putting the US in a direct war with its Russia VS Ukraine biggest competitor. In my opinion, Russia has two options: either they will win the war or feel trapped, which means they will use their nuclear weapons. I do not see there being a turnback in this war. I do not like wars or any fighting, but I noticed that the world has double standards in this war. When Russia attacked Syria in 2015, they attacked civilians there, and they killed almost a hundred thousand innocent people, and no one acted toward imposing any sanctions against Russia. All they did was a verbal statement only, and by the way, Russia is still in Syria today. My main idea is that humans are human wherever they live, and people should treat it equally. We feel sorry for innocent civilians dying in this war, but humanity should feel sorry for Syrians, Afghani, Iraqi, Yemeni. When the civilians in Syria decided to become armed to protect their cities from the dictator, and the Russian army, they were called terrorists. At the same time, people from Ukraine and European countries now fight in the Russian Ukrainian war, but they are called heroes. Also, recently when famous athletes started supporting Palestine and Muslims in Uygur in China, everyone was against them; as they said, we should not mix sport with politics, while today, everyone supports Ukraine. There was even sports punishment from FIFA against Russia, and they forbid them from playing in the World Cup Qualification, and they banned them from playing in the Paralympics.
Another thing to add is, Social Media platforms were banning any posts from supporting Palestine, while today, social media encourage people to post whatever they want against Russia and Putin. Unfortunately, we are in the twenty-first century, and people still look at colour, religion and beliefs, then they will decide if I should support this country or not. People should review their humanity standards.