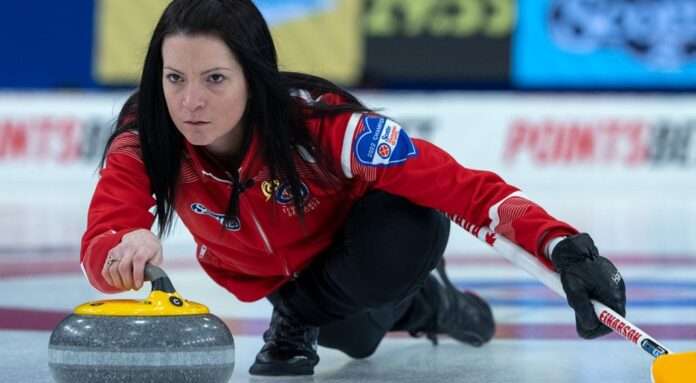 Curling Champions: The 2022 World Women’s Curling Championship was canceled two years ago due to COVID 19, and now it is returning to the original host city. Prince George, BC, will hold the World Women’s Curling Championship at the CN Center on Ospika St. and 18th Ave. In the period between March 19 to 27, 2022. It is one of the most significant sports events in Prince George. An excellent time for students to take a break and get the chance to watch some of the matches simultaneously with lifting COVID restrictions in BC. Now you can watch the event without being worried about the COVID vaccine card wearing the masks. Make sure to add this event to your calendar and try to support the Canadian team or your national team if your team is playing. The groups that are part of this championship are Canada, Czech Republic, Denmark, Germany, Italy, Japan, South Korea, Norway, Scotland, Sweden, Switzerland, Turkey, and United States. Tickets can be purchased online at: curling.ca

Soccer: UEFA Champions League, round 16. Starting with the most significant match between Real Madrid and Paris Saint Germain PSG. Leg 1 of 2, played on Feb15 in Parc des Princes, PGS’s stadium, and finished PSG 1 – 0 Real Madrid. In leg 2, played on Mar9 in Santiago Bernabeu, Real Madrid’s stadium, and finished PSG 1 – 3 Real Madrid. It was a big hit for the PSG team, which has Neymar, Messi, Mbappe, Ramos and many other famous names. Moving to the other matches, Bayern vs RB Salzburg, in the first leg, finished 1 – 1 each team, then in the second leg Bayern 7 – 1 RB Salzburg. Another hard match between Liverpool and Inter Milan, in the first leg Liverpool won 2 – 0, while in the second leg Inter won 1 – 0. In the last match as of March 9, Man City won 5 – 0 against Sporting and 0 – 0 in the second leg. As of the date of writing the article, March 12, here is the outstanding of the most famous European leagues. Starting with the Premier League (England), Man City was 69 points out of 28 matches, while Liverpool was 3 points behind, Chelsea after with 56 points out of 27 games. Other teams who fight to reserve a spot in the next Champions League are; Man United 50 points, Arsenal 48 points, West Ham 45 points, Tottenham 45 points, and lastly Wolves with 43 points. Then going to the La Liga (Spain); Real Madrid the top team with 63 points out of 27 matches, then Sevilla comes second with 55 points out of 27 games, Atletico Madrid comes third with 51 points out of 28 points, while Barcelona comes fourth 48 points, with 26 games only. Another three teams are fighting for the Champions League spots, Real Betis 46 points, Villarreal 45 points, and Real Sociedad with 44 points. Moving to Ligue 1 (France), PSG is the league leader with 62 points out of 27 matches; Nice comes second with 50 points out of 28 games, Marseille third with 47 points, Renne’s fourth with 46 points. Lastly, in Europe, Serie A (Italy); AC Milan has 63 points out of 29 matches, Inter Milan comes second with 58 points out of 27 games, then Napoli comes third with 57 Juventus in fourth place with 56 points.

Miscellaneous Soccer News: 1- Cristiano Ronaldo has entered the history today, with the best scorer title in soccer history, by reaching number 807 goals, after beating the last number 805. Ronaldo is still going forward with his trip, so the number will not stop here. 2- Kylian Mbappe will finally leave PSG by the end of this season, going to Real Madrid. While Mohammad Salah is still unsure about his future, he did not renew his contract yet with Liverpool and did not determine where he will go. 3- World Cup Qatar 2022: By the end of March, the World Cup Qualification will resume in all the continents, and here where the qualified teams will be known, except the half seats of each continent. The organization for the FIFA world cup 2022 announced that April 1 would be the date for the draw for the finals of the “World Football Wedding.” The draw will take place in Doha, the capital of Qatar, in the presence of 2000 guests from across the world.

Tennis: the 2022 Miami Open will begin on Monday, March 21 and end on Sunday, April 3. The Miami Open tournament will be held at the Hard Rock Stadium in Miami Gardens, Florida, USA. Novak Djokovic will not be able to attend the Miami Open. He cannot enter the USA due to him not being vaccinated against COVID19, which is mandatory by the USA to be vaccinated to cross the border. Djokovic is still not thinking about getting vaccinated, despite losing too many tournament chances, but still rejecting the vaccine. I think he is waiting for the world to lift the vaccine protocols to participate in the Tennis tournaments again. After Djokovic, Rafael Nadal has become the latest and biggest draw to pull out of the Miami Open Tournament.