Osh-Tisch: A Story of 2SLGBTQ History 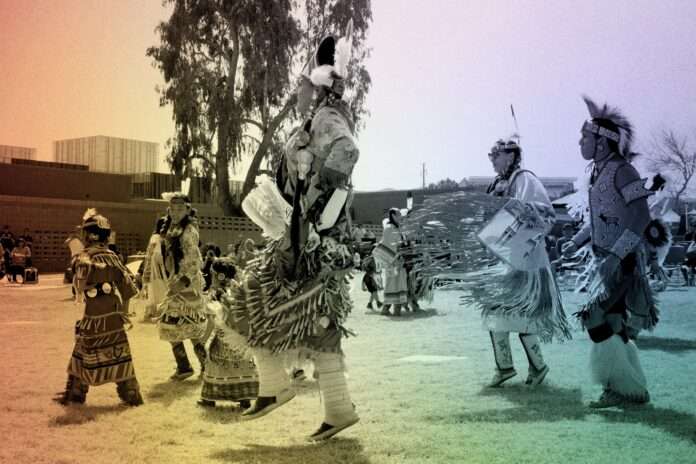 An integral part of Canadian LGBTQ history that has been lost to the ages is the  recognition of Two-Spirit people. The country now known as Canada resides on territories and  land stewarded for thousands of years by Indigenous peoples. Most Indigenous nations not only  recognized gender fluidity, but they also celebrated identities that did not fit with the European  binary of sex. Two-Spirit Indigenous people were highly respected for their ability to understand  both male and female experiences. Reports by clergy and colonial explorers across North  America note the role of gender fluidity in Indigenous cultures. In 1775, the Spanish colonial  governor of California accounted for men “in the dress, clothing, and character of women —  They are called jewels, and are held in great esteem.” Colonial explorers called these  people berdache, an outdated and often offensive term that roughly translates to “slave boy.”  Most academic literature used that term until a 1990 conference in Winnipeg, where queer  Indigenous activists developed two-spirit as an umbrella term for numerous identities with  different names. Two-spirit is a translation of the Anishinaabemowin phrase “niizh  manidoowag.” Although some expressions already existed in Indigenous languages to describe  third and fourth genders, it was not until the 1990 Intertribal First Nations Gay and Lesbian  conference that a contemporary term was created to describe the wide range of nation-specific  genders and sexualities.

One individual European colonizer encountered in history was Osh-Tisch. Osh-Tisch,  whose name translates to “Finds Them and Kills Them” in Crow, was one of the last of the Crow  Nation badé. A badé is a male-bodied person in a Crow community who participates in some

social and ceremonial roles usually filled by men and women in that culture; for example, Osh Tisch served as a shaman, medicine person, leader, and warrior. They gained their namesake  during the Battle of the Rosebud, where Osh-Tisch fought alongside other Crow warriors against  the Lakota Nation. Following the Battle of the Rosebud, Christian missionaries and the federal  government confined the Crow Nation to reservations. In the late 1890s, a federal agent  incarcerated Osh-Tisch, cut their hair, and made them wear clothing meant for European men,  forcing Osh-Tisch to live as a man until they died in 1929. With no others to take up the role of  baté, the institution and its ancient knowledge died out: a story replicated in most First Nations.