Texas’ Heartbeat Abortion Law and Why It Matters 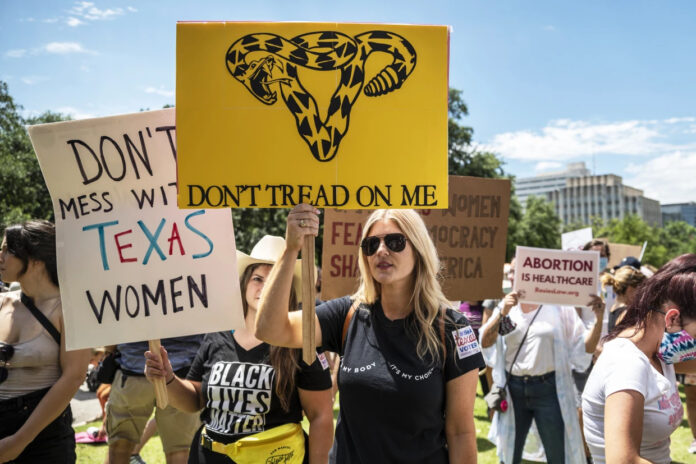 Consider this: according to data published in The Lancet Global Health by the Guttmacher Institute, every year, there are roughly 121 million unintended pregnancies around the world; of these, 73.3 million, or 61 percent, end in abortion.

Now contrary to all the evidence that indicates criminalizing abortions does not prevent them, at the beginning of September, a new law went into effect in Texas that bans abortions as soon as the cardiac activity is detectable (which usually takes place after approximately six weeks of pregnancy). Unfortunately for the uterus owners in Texas, that’s well before many people are even aware they are pregnant. To add insult to injury, there is no exceptions in the cases of rape or incest and these pregnancies must be carried to term.

As a direct consequence, if this law stands it is likely that the people seeking abortions will still seek out those services but rather than get it done safely by a health care provider they will perhaps do it in less safe conditions and have the procedure performed by non-professionals. We will see a lot of out-of-state abortions and thus those seeking abortions may face added barriers such as a lack of adequate or affordable transportation to receive medical treatment.

This ban on abortion is a ban on equality and the definition of sexism. Men break condoms, choose not to have a (reversible) vasectomy, have 1-night stands, change their mind about parenthood, and share equal responsibility in the creation of a child. The difference between men and women, however, is that a man is not capable of the same physical accountability. Moreover, forcing a woman to follow her pregnancy to term when a man is the epitome of sexism and you should be upset.

The law allows private citizens to sue abortion providers and anyone else who “aids or abets” a woman obtain an abortion — including those who give a woman a ride to a clinic or provide financial assistance to obtain said abortion. Private citizens who pursue these suits do not even need to show any connection to those they are suing. In fact, this law is being enforced by citizens and is heavily incentivized as anyone who successfully sues an abortion provider under this law could be awarded at least $10,000. And to prepare for that, Texas Right to Life has set up what it calls a “whistleblower” website where people can submit anonymous tips about anyone they believe to be violating the law.

President Biden has been quoted saying the law is “extreme” and said it “blatantly violates” the constitutional right to abortion, adding that his administration will protect and defend that right. The policy conflicts with the Supreme Court’s precedents, which prohibit states from banning abortion before fetal viability, usually between 22 and 24 weeks of pregnancy. Indeed, a coalition of abortion providers and reproductive rights groups said the law “places a bounty on people who provide or aid abortions, inviting random strangers to sue them.”