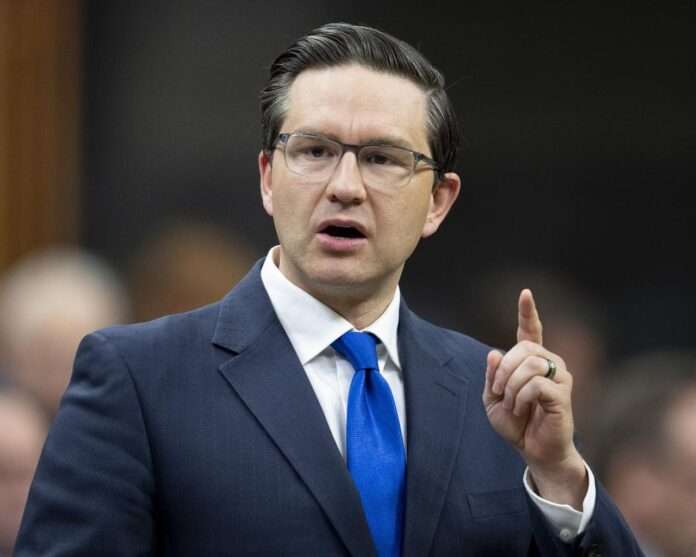 Who is Pierre Poilievre

Pierre Poilievre is a 43-year-old Canadian politician who has served as the leader of the Conservative Party of Canada, is the current leader of the Official Opposition, and has served as a Parliament (MP) member since 2004. Poilievre is a compelling, sharp speaker who has a considerable social media presence and is idolized by Conservatives across the country, particularly among the younger set which currently represents the Ottawa-area riding of Carleton. He is a relentless questioner in Parliament who sometimes gets the better of Justin Trudeau. Perhaps most importantly, Poilievre receives a lot of play in the media and has been floated as the leadership favorite in multiple publications. Assuming personal concerns do not derail Poilievre, he could very well be the Conservative leader by this summer or fall. Poilievre looks young, but he is an unreformed Conservative activist who looks up to Margaret Thatcher and Jordan Peterson. He’s not a “compassionate Conservative” like O’Toole or a “tepid populist” like Doug Ford. Poilievre is a reactionary austerity zealot like Jason Kenney. He will fight unions, suffocate the public sector, and cut welfare, even if these policies are very unpopular.

With Patrick Brown kicked out of the Conservative Party of Canada leadership race, it became a one-horse race, making the coronation of Poilievre as CPC leader all but a done deal. This is particularly scary when you remember that a part of Canada just doesn’t vote in elections.

Additionally, the pattern in Canada has been that the party that has been in power for a long time (like Trudeau’s liberals) often is ousted, making the next CPC party leader a severe contender for the next Prime Minister of Canada.

A little background about Mr. Poilievre

Support for Poilievre picked up during his endorsement of the early 2022 Freedom Convoy – which he took to heart, running for leadership with the claim of making Canada “the freest country in the world” (**peak Trump 2016 energy**). And this is where we need to be concerned: Poilievre has expertly capitalized on a clear and meticulously crafted populist platform, which has been nothing short of political catnip for Conservatives. Poilievre’s supporters are done with the “Progressive” part of the Conservative agenda and are looking for a drastic, right-wing change to Canada’s political landscape. Listen, if we’ve learned anything over the past few years, the horrific bullshit that goes on in the US always seems to mirror itself here in Canada just after we convince ourselves it can’t get that bad. From an alt-right President

To the Capitol riots: Pierre Poilievre and his supporters are no exception to this rule.

“Poilievre, who was given the nickname “Skippy” as a very young MP, has been one of the most prominent figures in the House of Commons since he was elected in 2004, largely as a result of his rhetorical abilities and his gleeful compulsion to engage in any partisan fight and fight to the death for it. He has been described in media stories over the years as “probably one of the more generally infuriating individuals on Parliament Hill” and someone who “savagely attack[s] opponents without regard to nuance, or even the basic facts.

Now let’s discuss seven things why I think Canadians should be afraid of Pierre Poilievre.

Poilievre supported the unlawful blockades and openly opposed the vaccine mandates that provoked the protests for the entirety of the convoy. Poilievre criticized Prime Minister Trudeau at a rally for supposedly attacking truckers, who he said were the “heroes” of the pandemic. Even though freedom of thought and expression are pillars of our democratic democracy (which all Canadian political parties fervently embrace), it is essential to recall that the Freedom Convoy was a white supremacist campaign and city occupation that lasted for weeks. We know that many well-meaning Canadians became involved in this, including people on the left and people of colour, but that doesn’t change the fact that the organizers are members of the far-right white supremacist organization.

Poilievre’s position on the COVID-19 epidemic has centered on a severe lack of scientific data, the promotion of individual interests over collective needs, a white privilege belief that inconvenience is oppression, and a whole of anti-government mandate crap. At the height of the pandemic, Poilievre gave a speech to a conference room of over 250 unmasked individuals while the Quebec government still had mask and capacity mandates in effect. He breached the law and showed off about it. In addition to his absurd anti-mask, anti-mandate, and anti-government beliefs, Poilievre was openly against vaccines and has admitted that he believes that Canadians from systemically oppressed communities, such as those who are low-income, racialized, disabled, or homeless, have not experienced a different side of this pandemic. We do not know whether this is an act of deliberate ignorance or a political ploy to mobilize bigots. Still, regardless, this individual cannot be the leader of our country because just picture what his policies would be.

3 ON TRUTH AND RECONCILIATION

Our government already does not do enough to address the systemic injustices and brutality it has historically inflicted against Indigenous peoples and continues to inflict upon them in the present day. However, our government has at least acknowledged the harm it has previously caused. Although that isn’t sufficient, it is much more than Pierre anticipates or thinks the CPC can do under his leadership. Even Harper said sorry for the bad things that happened in residential schools. What did Poilievre say?

“Canada’s aboriginals need to learn the value of hard work more than they need compensation for abuse suffered in residential schools. Poilievre defended the tip line that allowed people to report “barbaric cultural practices.” This tells us that his policies will further oppress indigenous and marginalized people while giving white nationalists a visible, outspoken, and racist rationale for their actions.

Poilievre claimed to be pro-choice during his debate last month, but his record with abortion laws has been inconsistent. He previously supported Motion 312 (a review of when a child becomes a human being under Canadian law) and a bill increasing the criminal penalty for the ‘murder of an unborn child.’ He’s giving us “tell us you’re pro-forced birth, without saying your pro-forced birth” energy.

Before I talk about Poilievre’s stance on it, let me tell you briefly what BILL C-26 is about. On November 6, 2014, Bill C-36, also known as the Protection of Communities and Exploited Persons Act, was given royal assent. Bill C-36 says that prostitution is a form of sexual exploitation that affects women and girls more than men. Its overall objectives are to: Protect communities from the harms caused by prostitution, especially minors; protect those who sell their own sexual services and reduce the demand for prostitution and its incidence.

The new criminal law system is meant to protect the dignity and equality of all Canadians. It does this by condemning and outlawing the purchase of sexual services, the exploitation of the prostitution of others, the development of economic interests in the sexual exploitation of others, and the institutionalization of prostitution through commercial enterprises like strip clubs, massage parlours, and escort agencies that offer sexual services for sale. In addition, it attempts to encourage victims of violence to disclose violent incidents to the police and exit the prostitution industry. To that purpose, the federal government has allocated an additional $20 million to assist people in leaving prostitution.

Now back to Poilievre’s stance, he wants to repeal Bill C-36, which protects us from hate speech that is considered by courts to likely lead to hate crimes. Why in the hell would we need a PM who’s openly against the safety of systemically oppressed communities at higher risk for experiencing violence?

6 ON THE LONG-GUN REGISTRY

Poilievre wants to eliminate the Long-Gun Registry, which keeps guns from getting into the wrong hands by requiring all restricted and banned guns to be registered. BTW  it’s why there are so few mass shootings in Canada. In an era when tight gun regulations are vitally necessary to safeguard civilians, Poilievre wants to do away with this. (are we going to have a Canadian Texas sometime soon? hopefully not.)

7 ON THE CARBON TAX

One of the first things Poilievre would do in office is repealing the Carbon Tax, a policy instituted to mitigate climate change. Could we also say that our next prime minister will have the last chance to decide our future regarding the climate crisis? Vote as if your life depends on it because it does if you’re under the age of 45.

Poilievre will become the CPC party leader unless the Conservative Party decides they don’t want the far right and the right to become the same under their watch. Yeah, we’re not holding our breath. If you believe in human rights, science, and facts and think a prime minister shouldn’t work to divide a country, even more, it’s your job to stop Poilievre from becoming prime minister, and you need to start now.

Start talking to your family and friends about why we need a system, country, and leader that isn’t white supremacist; tell them that none of the parties offer perfect solutions, but that it doesn’t mean we avoid the discussion, but rather that we choose the least problematic one; and start normalizing the idea that we should all be able to have political conversations without feeling uncomfortable.

What Role do Families Play in Development of One’s Personality?