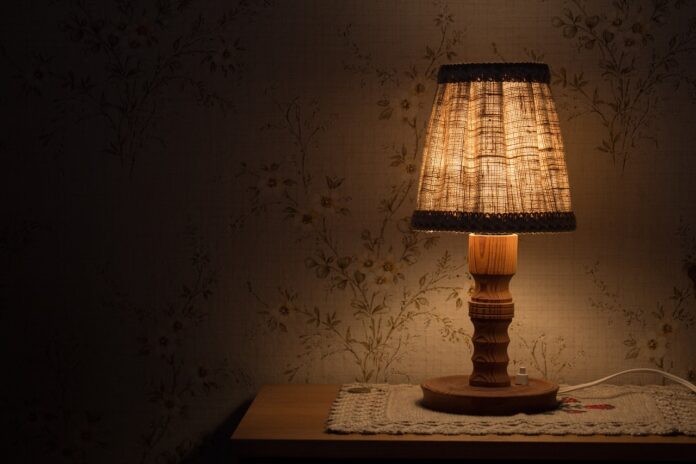 While looking at the wall, Marie sees a likeness in her arm. She wonders if they paint the walls that way, so the patients don’t feel out of place. Even the texture matches. Both are made of a layer of the brittle gray film stretched too thin. Impressed with the amount of thought her fogged mind had just produced, she decides to push her luck and think about other things. The air in her mouth is dry and stale, which matches the expression of the girl sitting to her right.

“What’s your bear’s name?” Marie asks the little girl while weakly gesturing to the pink ball of plush in her lap.

“Bear,” the girl answers without taking her blank stare away from the wall-mounted TV displaying Days of Our Lives.

Looking back at her dusty, weathered arm, Marie thinks about how she should wish the girl didn’t have to suffer the same way she does. She knows she should feel despair because the girl hasn’t lived a long life as Marie has. Instead, she’s envious. Jealous that the little girl won’t have a chance not to live her life. If only Marie had the luxury to die young.

Some while earlier, a nurse had come around to cheerfully jab Marie with a needle that would pour poison into her veins for the following few hours. The same nurse now comes back with slightly less spring in her step. A fake smile still graces her face, trying to be a bright spot in Marie’s inevitably terrible day. “Are we still doing ok over here, Mrs. Gordon?”

“Really? ‘we’ is what you’re going with?” Marie says under her breath.

“Pardon me?” The nurse brings her face closer to Marie’s and raises her voice, making it clearer and slower this time. Just the way her training taught her to speak to older people.

“Alright, Mrs. Gordon,” the smile still cemented in place, “just let me know if you need anything.” She still uses the aggravating tone that came straight out of her textbook. Marie could feel the nurse’s eyes roll as she sighed and turned back to the nurse’s station. Another reminder that she is a burden on the world.

Marie once thought of being a nurse, but the school was too long and expensive. She needed those youthful years to travel the world and learn at least five languages by the time she was 25.

This was, of course, not possible with her seemingly important part-time internship at a newspaper for the neighbouring city.

That job was supposed to be her breakthrough. She was handpicked for the position after winning a writing contest. She went to the city straight out of high school, feeling that she had won. She had escaped her small hometown, which was a feat in and of itself. Marie had beat the average fate of kids growing up in her town, which was to (a) get a job at the mill, (b) make a small fortune, and (c) spend said fortune on weed and snow-rigs to keep herself occupied in the winters. After clinging to the first opportunity to make a clean break, Marie kept her eyes on course. Always forward.

Marie was always the best in her school of 200 students. “Your girl is really going places,” Marie would hear teachers tell her parents. She believed everything they said. After all, she was the best at arts and sciences in her school. She also excelled in track and field. Maybe she would get a full-ride scholarship to a prestigious university with a track team and end up in the Olympics. Perhaps she would use her schooling to become a doctor, or a historian, or a journalist.

“Bursting with potential,” they said. A cliche Marie was determined to live up to.

The endless praise provided her with hope for the future. That’s all she thought about when she was young, how things would get better once she left the small town trap. When she had escaped and was going on coffee runs for pretentious journalists, she knew everything would be better once she moved up in the ranks. Two promotions later, Marie knew she wouldn’t feel fulfilled until she had a husband and kids.

It was an endless road with a light at the end of it. The light, as she now realized, was her husband’s reading lamp that stayed on too late every night while she tried to sleep. This is more of an annoyance than anything else. Marie’s husband has a stubborn preference for incandescent light bulbs instead of the more efficient LEDs. Once Marie tried to convince him to change his ways by providing him with the facts.

“Only about 20% of the electricity in those things makes them light up! The other 80% is just given off as heat or who knows what else. I thought you were a penny pincher. Just think about all that wasted potential energy!”

“I like the heat,” he answered, uninterested. “It’s comfortable.”

Marie follows the snake beginning in her arm and coiling up around a pole beside her. Noticing that its belly is nearly out of venom, she calls the nurse. Marie found it peculiar that this was the time she chose to notice things in the present moment. She was aware this was not her usual behaviour. She had spent her whole life picturing her future, but she can’t anymore.