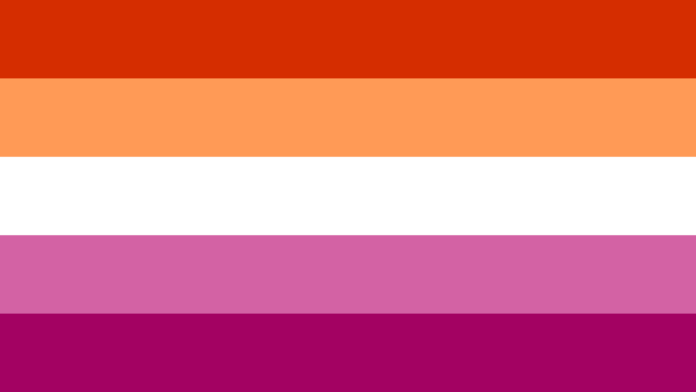 This year, the annual observation of Lesbian Visibility Week occurs from Monday, April 25th to Sunday, May 1st, 2022. Lesbian Visibility Week started in California in 1990, prompted by Lesbian Visibility Day on April 26th, and has since expanded across the United States, Europe, and Australia to include a weeklong celebration of lesbian identities. The movement aims to bring awareness to lesbian issues and challenges faced by LGBTQ+ women, driven by the frustration that LGBTQ+ men are more visible than LGBTQ+ women and gender non-conforming individuals. The Instagram @LesbianVisibilityWeek has all the events and programming for Lesbain Visibility Week, including online live-stream events available remotely. I encourage you to use this time to celebrate lesbian role models, stay informed on issues affecting the community, and speak up against homophobia and misogyny.

According to the Pride Matter 2018 report of over 2000 LGBTQ+ individuals in the UK, lesbians and LGBTQ+ women have unique struggles compared to the rest of the LGBTQ+ community. Of the lesbians surveyed, 79% did not feel comfortable showing their partner public affection. Furthermore, more gay men than lesbians share their sexual orientation at work, with 35% of lesbians reporting they are not out to their employers compared to 19% of gay men. Many factors contribute to the invisibility of lesbians, and these statistics, unfortunately, highlight that the LGBTQ+ community might be actively ignoring the lesbian community.

Lesbian erasure is not a new phenomenon. Throughout history, relationships between women have been ignored, falsified, or re-explained to fit the narrative of heteronormativity. I like to consider this “the roommate effect” – rather than recognizing a romantic or sexual involvement between two women; historians are more likely to refer to them as roommates or platonic partners. Consider the Greek poet Sappho; her name is synonymous with lesbian passion, and she is famous for her lusty lyric poetry that focuses on her desire for other women. However, some lame historians will still argue Sappho’s queer identity and assert that her words of affection are strictly platonic, not romantic. Lesbian erasure does not only occur in academia; the LGBTQ+ community ignores the contributions of lesbians and butch women to the gay liberation movement. For example, the retellings of the Stonewall revolution often neglect to mention Stormé DeLarverie, a lesbian activist and performer that played an integral role in igniting the riot. On the night of June 28th, 1969, around 1:20 am, police roughly escorted a handcuffed butch lesbian out of the Stonewall bar, allegedly hitting her on the head with a baton. After being beaten, the woman reportedly shouted at the gathering crowd: “Why don’t you guys do something?” Following her pleas, LGBTQ+ activist and drag queen Marsha P. Johnson threw the famous shot glass heard around the world, and by 2:00 am, the Stonewall Revolution had begun. Although no official reports can confirm it, Stormé DeLarverie self-identified as the arrested woman, a claim supported by several witnesses. DeLarverie was born in New Orleans on December 24th, 1920, to an African American mother and white father. She passed away at the age of 93 on May 24th, 2014, forever remembered as the “Guardian of Lesbians in the [Greenwich] Village” and “the Rosa Parks of the Gay Community.”

To celebrate some more contemporary examples of LGBTQ+ women, let’s turn our attention to some Canadian women that have achieved groundbreaking feats.

In 2021, Mellisa Lantsman made history when she became the first-ever LGBTQ woman and first Jewish woman elected as a Conservative Member of Parliament.

Calgary-native pop-punk duo and identical twins Tegan and Sara Quin have sold millions of records globally. They both openly identify as queer, inspiring fans and other artists to embrace their identities.

Lesbian erasure and invisibility will continue unless we consciously decide to include lesbian voices and stories in our narratives of LGBTQ+ culture. Thank you for taking some time to learn about the unique stories and challenges that LGBTQ+ women experience.