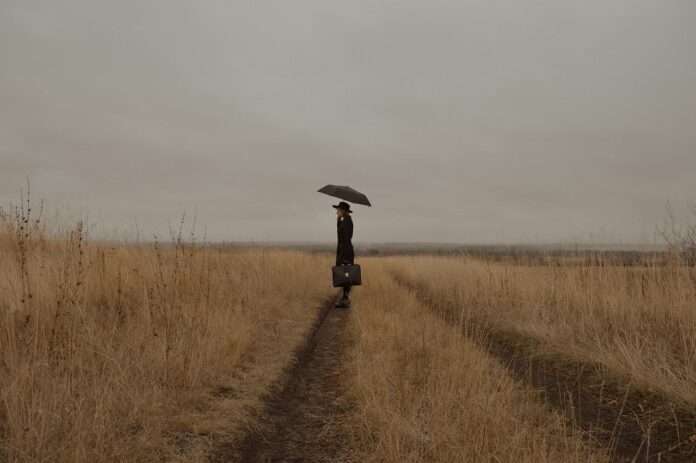 Major life events, such as severe accidents, misfortunes, loss of a loved one, life trauma, loss of work or money, failure in a project, and other causes can lead to depression. In medicine, many doctors consider depression to be a dangerous thing because, in some cases, it leads a person to commit suicide or to think about self-harm constantly. After all, the person may be characterized by a mild depression that lasts for two weeks, and the person’s condition may worsen and be a chronic condition that extends for weeks and months. Depression begins in adolescence due to the inability to smoothly balance or accept the things happening to the person. Also, it cannot be understood by this person because he has started his life now and has no knowledge or experience about going through anything in life. Scientific statistics on the age of depression in the United States for the year 2020 show that there are approximately 21.0 million adults suffering from a depressive episode, and a higher number is estimated for females than males. (National Institute of mental health/ NIH) Can we differentiate between normal sadness, anxiety or depression? There are internal organs in the human body that are responsible for our actions and our health externally. Sometimes we know them, and sometimes we don’t. Sadness can be described as a temporary condition that a person experiences due to a crisis that is also temporary or has a mild effect on a person that ends with time. But according to the doctors’ interpretation, anxiety and depression are two conditions related to each other and have an essential component in the human body that depends on its existence. Therefore, cases of depression and anxiety cause fear, faintness, and constant worry that something bad is going to happen or has already happened. There is also a major factor that causes depression and mood disorders such as anxiety and depression. Serotonin!  What are serotonin and its relationship to emotional and psychological depression? Serotonin, in medical terms, is an important neurotransmitter in the body and its center in the brain. Serotonin transmits signals from one area of ​​the brain to another, and it has many cells in different areas of the body. Serotonin affects a range of psychological and physical functions in the body. It includes being affected by mood, desire and sexual function, appetite, sleep and many other behaviours that a person performs. (WebMD) Depression and appetite: One of the most common things is the relationship of depression to people’s appetite. Some, because of depression, are exposed to loss of appetite. And thus, they become underweight, which leads to their exposure to physical diseases, not just psychological. The other side is that there are people whose appetite increases due to depression, so they have frequent eating habits that empty their negative feelings. Suicide due to depression: One of the most important topics that should be written about is the high rate of suicide recently due to the depression that thieration is exposed to. We are not saying that it is something true that is never acceptable and must be resolved. Depression leads to feeling completely unwilling to do anything and losing the passion that helps you perform your duties or feel happy about anything. So, when a teenager or anyone feeling depressed gets a complete void of anything, he begins to reject life and thinks of the idea of ​​death as a relief from everything. Bad emotional relationships are a ladder to depression. Being affected by emotional relationships and getting used to a particular person and then losing him is one of the things that expose you to depression, and also the youth gr. Also, they are most vulnerable to this thing. Although this idea may belong to a type of sadness, it also leads to general depression, as the person may be very attached to the presence of someone, and this makes him gradually enter into a major stage of depression. Depression begins to appear in the person first by avoiding talking to people, and this leads to loneliness. Secondly, he begins to lose his thinking and himself because he considers that that person is the one who deserves to take care of himself for him, and this loses his self-confidence; thirdly, he tends to nervousness, has quick reactions and anger, which makes him a hostile and outcast person from himself or from people who cannot understand or accept him. If you know a person and want to know that he suffers from emotional depression, you must notice these things: permanent despair, loss of his passion for reaching the things he used to do, excessive sleep, as we all know that most use sleep as a means of escaping from a bad reality or losing something, and withdrawal from communication with friends. So, helping someone with depression is the responsibility of friends and those around them. Treating a depressed person is comfort, gently persuading him to participate in activities he enjoys, changing his lifestyle, caring and loving. In the end, we must be more aware of our behaviour and our choice of people who surround us to produce sadness and depression. Those around us are the ones who give us positive energy and happiness in life. Also, excelling and achieving the goal with care makes you a person who is not despairing and not surrounded by the emptiness that leads to depression and then the deterioration of the health status.

What is more important for your future GPA or experience?