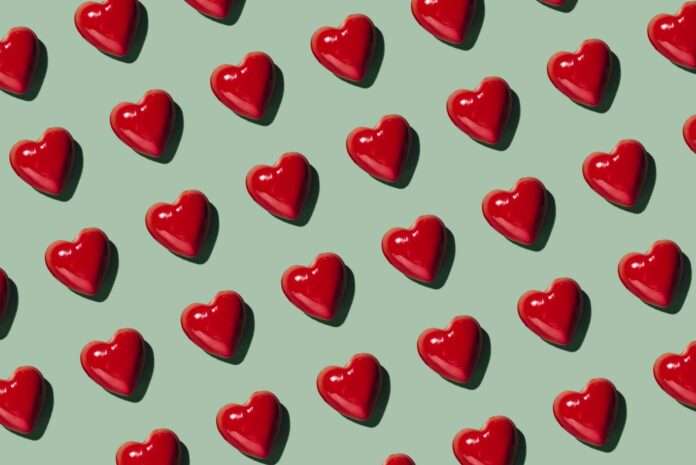 In Russia, the holiday began to be celebrated on a large scale at the end of the last century. The male population gives flowers, sweets, or jewelry to their girls and wives. Many couples dream of getting married on Valentine’s Day because they believe that a married couple who begins their family history on February 14 will live to old age in love and harmony. At the beginning of July, Russia celebrates its holiday: Valentine’s Day, a symbol of solid marriage bonds, fidelity, and purity of relations between a man and a woman. On this day, the Orthodox Church honours the memory of Saints Peter and Fevronia. If Valentine’s Day is borrowed from Europe, then Peter and Fevronia Day is a “native” holiday celebrated on July 8. On the Day of Saints Peter and Fevronia, in the Orthodox tradition, it is not customary to make any gifts in the form of hearts or spend evenings by candlelight. Orthodox Christians pray in cathedrals and churches on this Day.

According to one legend, Valentine’s Day originates in Italy, celebrated initially as a spring day. Italy also believed that an unmarried girl who woke up early at dawn on February 14 would marry the first man she met on the road or a man like him. Most interesting is that the Italians believe that Valentine’s Day and Halloween were borrowed from the Americans. Couples in love on this Day arrange a romantic dinner in a restaurant or pizzeria. February 14 in Italy is also called “sweet day” because the significant gifts are all kinds of sweets in the form of hearts. In Italy, a popular type of sweets on February 14 is “Baci Perugina— – small hazelnut nuts covered with chocolate. Inside each candy, there is a note with a statement on a love theme in four languages of the world.

Valentine’s Day in Australia is also a trendy holiday. Australians use the holiday as an opportunity to strengthen family ties, see friends, talk to colleagues. Like many other countries, Australians celebrate the holiday by giving postcards and flowers to their loved ones. More and more people are expressing their feelings via SMS.

An exciting February 14 also exists in England, where unmarried girls get up before sunrise on February 14, stand near the window, and look at passing men. Girls believe that the first man they will see looking out of the window is their betrothed. Popular gifts for Valentine’s Day in England are sweets in the form of hearts, soft toys, Teddy bears, especially beloved in Britain, and invariable Valentine cards.

In Germany, February 14 is the official Day of moral health because St. Valentine in this country was named the patron saint of the mentally ill. The Germans decorate psychiatric hospitals with scarlet ribbons in honour of the holiday, and special services are held in chapels.

Holland has its great tradition for February 14. On Valentine’s Day, a woman can approach a man herself and marry her. However, if a man refuses a woman, he will give her a dress.

Speaking of Canada, Valentine’s Day is celebrated on a large scale. Holidays are organized all over the country. Thus, everyone has the opportunity to share their feelings and plunge into the holiday atmosphere. Roses, chocolates, candies, and valentines are the most popular gifts. It is customary to exchange gifts with their halves and friends by tradition. In some schools, you are expected to put valentines in a large box, and then the teacher distributes them to students.

On Valentine’s Day, it is customary in the USA to congratulate those with whom they are in a romantic relationship and everyone they love, moms, dads, grandfathers, grandmothers, and friends. Americans also give their loved ones gifts in sweets, mainly red and white shades, the colours of passion and purity.

In France, a country considered one of the most romantic, the holiday is treated with special reverence and attention. Traditionally, the French gave their loved ones jewelry. Like Americans, the French give gifts not only to their soulmates but also to everyone they love. Valentine’s Day is considered the most successful Day for a marriage proposal in France. The groom hands his beloved a red box with an engagement ring with champagne and dessert.

In India, Valentine’s Day began to be celebrated not so long ago as in European countries, but the holiday is gaining popularity every year. It is customary to give valentines and gifts in India as in other countries. In India, preparations for the holiday begin in advance. Television and radio stations actively advertise Valentine’s Day. Store shelves are filled with symbolic postcards and sweets; the city is decorated with hearts. Shopping malls in big cities organize fun competitions and distribute discount coupons to attract customers. In India, it is also gaining popularity to make a marriage proposal on February 14. The most popular gifts are chocolate, fresh flowers, soft toys, and sweets.

China has its own Valentine’s Day, which is celebrated in August. The great Feast of February 14 was opened by the Chinese not so long ago and is mainly celebrated by couples who are not married. The Chinese celebrate this Day at parties, order a romantic dinner or go to the cinema. Some give small gifts.

And finally, the most original celebration of Valentine’s Day takes place in Japan, where it began with the filing of a large chocolate company in the 30s, and chocolate remains the most common gift. The actual event is called “The loudest love confession.” A special tribune is built in the cities, where everyone can tell about their feelings. Those who have demonstrated the most original and high-profile confessions receive prizes. Also, a fascinating fact is that on February 14 in Japan, it is customary to give gifts to the male half, not the female half. Girls should provide chocolates for young men with whom they are familiar. This happens among young people and in a more solid age category. Chocolates are given to a loved one and is based on a sense of duty. Such chocolates are cheap and are called “Giri choco” or “mandatory chocolate.” It is given to brothers, colleagues, friends, and unique chocolate that can only be given to the most beloved man. Men do not remain in debt and give their chosen ones a month later, on March 14, white chocolate, because March 14 is called “White Day”: only women receive gifts and congratulations.