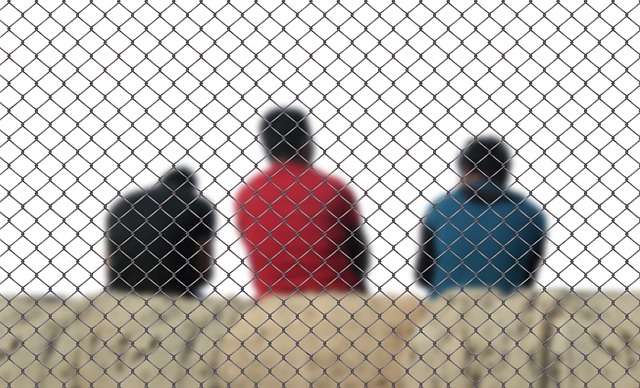 After living at the refugee camp for several months, I decided on my education. There were some scholarships for the Syrian refugees to continue their studies. I couldn’t accept those scholarships because I would lose my job, as both school and work schedules simultaneously. Due to that, I temporarily rejected the scholarship until I could find a solution because my family in Jordan and Syria were relying financially on my salary. In 2014, a resettlement/scholarship to Canada was launched. This program was sponsored by the World University Service of Canada WUSC and the Student Refugee Program SRP. Their criteria by then were to be single, between the age of 18 to 25 years old, finish high school with good standing, be registered as a refugee, and lastly to have the English language. All these criteria were met, except the language, as we have only an Arabic school system back home in Syria. I applied for the first time, even though I do not have English language skills. As I expected, I was rejected, but I thought it was worth trying and getting some knowledge about the program. After that, I contacted the WUSC/SRP representative in Jordan, and he said to me that this program would open once every year. Also, he stated that they would choose 20 students from Jordan each year, not only Syrian refugees but also all other refugees from Iraq, Yemen, Somalia, Libya, and other countries. I was happy that I would have another chance, but at the same time, I knew it was going to be hard competition, as in the other countries, the education system was in English language, so they have the language requirements.

After the first rejection, I decided to learn English, and during that time, there were no sources to get help from, as we did not have internet in the camp, so it was almost impossible. I started self-learning by using a hard copy of the dictionary to know as much as possible of English words and vocabulary. At that time, many English-speaking people visited the camp. So I used to go to their locations to get the chance to talk to them to develop my listening and speaking skills and practice the terms I was learning from the dictionary. The second year, in April 2015, the scholarship opened again. I was not ready yet, but I thought it wouldn’t hurt to reapply, and again, my application was rejected due to my language skills. Then, I got back to learning the language. I decided to keep learning and applying until I got acceptance and before I turned 25 years old, as that was the maximum age to apply. For some reason, the scholarship opened again in Oct 2015, and that was surprising, as it is usually open in the spring only. I was half ready to apply, and I applied. That time, due to a mistake from the scholarship staff, my email address was entered wrong in their system, and I did not receive the English skill test invitation, and after I waited for a couple of weeks, I emailed the scholarship representative to ask about the test. They replied that they had already done it a few days ago and stated that they sent me the invitation, and that is when they noticed that my email was typed wrong. But that did not help, as they said, it is over now, and they cannot do anything, and I must wait till next year. That one was so frustrating, but I had to accept it, as there were no solutions or other options in my hand.

At the end of March 2016, the scholarship came back. I was confident that this time should work, as I worked hard during the previous three years. I applied, got the English test invitation, failed in the grammar, and passed the writing part, and due to passing the writing, they accepted my application, finally. In May 2016, I received a letter from WUSC/SRP stating that I got accepted officially, but now the time to start the immigration system with the Canadian embassy in Jordan. They stated in that letter that if the embassy rejected our immigration application, then WUSC/SRP does not have any control over that. I was happy and sad at the same time. I was happy about the scholarship approval but sad and nervous about the immigration process, as I have no idea how it works. I submitted my immigration application in Sep 2016 and waited till Mar 2017 until I heard back from them. Six months of waiting, full of nervousness, worries, and an unknown future, were the hardest. In Mar 2017, I received an invitation to attend an immigration interview in the Canadian embassy in Jordan. I attended it, and that was where I started to see the light at the end of the tunnel. In the interview, they mentioned that they would do a security check, and if all is good, I still must do a full health check, and then they will issue the visa for me and decide the travel date. Finally, on Jul 23rd, 2017. I received a call from the embassy; a lady started by saying “Congratulations, you have been accepted, you passed everything, and your travel date is Aug 23rd.” I could not believe it that time; it was the biggest positive shock in my life. I still remember that phone call till today. In the next issue, in April, the last issue for the 2022 winter semester, I will write about my preparation for the trip and the first few months for me in Canada. That is all for this part, see you in the next issue.