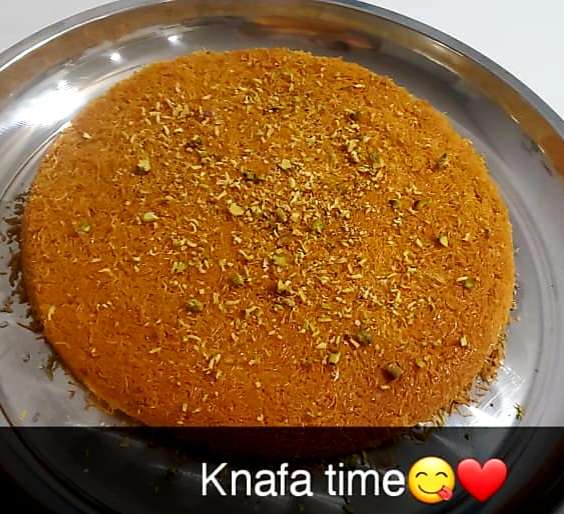 The difference has always been an essential part of knowing the essential essence of the person from which he came and lived all his life grounded in it. There are significant and apparent differences everywhere between East and West in customs, traditions, and actions. The symbols of customs and traditions are fundamental, and the people who adhere to customs and traditions are the East or (Arabs) in general. As habits, they are things that a child gets used to since childhood, and with time they become a thing of his conscience and psyche. That is why the people of the East are so accustomed to using this word that if you ask an eastern person why he does something and it is obvious to you, he will most likely answer you like this: It is our custom. As for traditions, they are a set of customs and values carried out by a group of people, tribes or countries, and they are legitimate to them.  Let us make sure that it is not only the Arabs whose traditions are essential to them but also that there are Western tribes that have sacred customs that they do and must be performed. Customs and traditions are rooted and authentic in some eastern or western societies and are directly adjacent to religion. The difference in religion is the greatest unshared denominator between the West and the East. The Middle East considers most of its population to speak Arabic, as we know, so you find the largest percentage in the religion belong to the Islamic religion, While Western religions belong to a large proportion of Christians. Holidays and events: Christmas is the biggest occasion for Christians in the West, and there is also a certain percentage of Arab Christians in the East. Therefore, Christians celebrate, as is known, every last year, where they decorate Christmas trees and wear Christmas clothes as usual. Ramadan, as we are in this month right now, these days of Ramadan coincide with the most fantastic occasion for Muslims in the East or any other Muslim, when people abstain from the things that break the fast from the break of the second dawn until sunset with a pure intention. Also, fasting the month of Ramadan every year. Many may wonder what Ramadan is, and others, because I am a Muslim, used to congratulate me without knowing the main reason for fasting. Some consider it difficult, but it is a symbol or a religious matter. Scientific research has shown that fasting is healthy for humans, as experiments were conducted on people of both sexes and different ages. It was found that during twenty days of fasting, the shape of the waist and hip was changed, and the percentage of body fat was reduced, which helped lose weight among people who experimented. (National Library of Medicine/ PubMed Central) It also helps in balancing blood sugar and helps reduce heart rate. For more information about fasting, read /Boulder Medical Center; it gives you a lot of fasting benefits. Weddings: It has always been known, even in the East, that Westerners have simple weddings, including some dinner and quiet dancing. In comparison, the customs and traditions of the East depend on the type of loud songs and several sections before marriage, as they perform the engagement party, the prenuptial party, and the wedding day itself. Heritage: The most important word you will find in the East is to learn about heritage. Heritage is a significant thing left by grandparents who came before the modern generation to remain entrenched and preserved for many generations, including the urban heritage, material, and folk. The most important area for maintaining heritage in Morocco is archaeological areas that date back to the prehistoric period. And if you are thinking of visiting Morocco, here are five beautiful archaeological regions you must see and explore: Marrakesh, Fes, Meknes, Tetouan, and Essaouira. You will find unique and beautiful heritage landscapes. Food: Western and Arab dishes differ in preparation method, taste, types of food، and even shape. I did not say here oriental cooking, but rather Arab, because oriental cuisine is a term that includes many cooking styles, not only Arab but also Asian. Therefore, Arab food includes many types of cooking, such as rice, and it has many types according to the region or country. Secondly, the famous food among Arabs is shawarma, which is chopped chicken pieces dazzled with spices and has a delicious taste. Grape Leaves, Baba Ghanoush, Fattoush, hummus, falafel, and many more dishes. In general, Arab oriental dishes contain many calories and fats because obesity and oil are used a lot in cooking, and some of them depend on meat and fats. So, if you decide to go to the Arab countries, prepare to gain extra weight(lol). Western food, some of it is healthy and useful snacks that you can rely on to lose weight, but there is a wrong side, which is fast food, which most people prefer in the West because of the busyness in jobs and the lack of time to use the kitchen. Because it is delicious and attracts people, you will find many fast-food restaurants around you. It has become a common thing between the East and the West, and you will also find fast-food restaurants in the eastern or Arab countries. The last thing you will find is that the Arab countries in the East are addicted to staying up late at night, so they love sitting in cafes, sitting with friends, or even sitting in front of the house, as this is fun for them. Therefore, most Eastern Arabs in Western countries miss these customs because it is known in the West that most people stick to their homes from eight or nine in the evening, except on special occasions. At the end of the article, I hope you enjoyed reading about different cultures, as it is essential to know each other.