Crystals that come from Canada 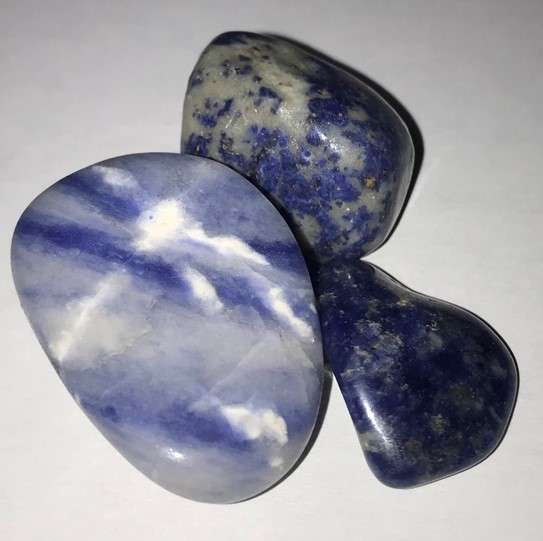 I am incredibly excited to be writing about some crystals found in Canada! My discussion will include factual information about each mineral and the metaphysical properties of the crystals. Crystal healing has been around for centuries, and cultures globally utilize the inherent healing qualities contained in the beautiful crystals. I hope that these five crystals found in Canada will inspire you to incorporate crystal healing into your life.

First up is the dazzling BC jade. The term “jade” refers to two different types of minerals, jadeite and nephrite. The large deposits of nephrite jade in British Columbia made BC one of the jade capitals of the world! Jade was also declared the provincial gemstone in 1968. BC jade most commonly comes in shades of green, but it can also be white and black. Chinese and Indigenous carvers have been using nephrite jade for ornamental carving for over 5000 years. The healing properties in BC Jade are magnificent: Jade, traditionally linked to serenity and beauty, activates the healing potential of your heart energy. In addition to promoting inner balance, peace, and harmony, jade protects individuals against external pressures and negativity. 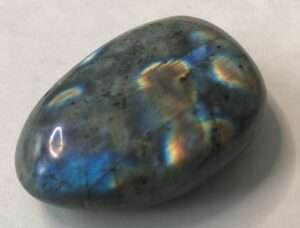 Another Canadian crystal is labradorite; geologists first identified this mineral in the 1770s and named it after its location of discovery, Newfoundland and Labrador. Labradorite showcases a spectacular colour range with glittering rainbow inclusions, known as labradorescence. According to Inuit legend, labradorite contains the aurora borealis trapped in the rock. Labradorite is most commonly a grey stone with rainbow labradorescence, while it can also be a translucent yellow-gold or opaque with blue labradorescence. The healing qualities of labradorite are fantastic for cognitive strains. It is known to sharpen your intuition, help you recognize illusions, and increase personal reflection.

Sodalite is frequently a royal blue-to-purple stone with white calcite inclusions. It comes in shades of white, grey, purple, and a dazzling array of blues. Sodalite deposits are located near Bancroft, Ontario and in the Ice River Area near Golden, BC. The sodalite mined in Bancroft is known as princess sodalite, allegedly gaining its namesake from the Princess of Wales. After visiting the mine in 1901, Princess Mary of Wales requested a quarry for 130 tons of the particular sodalite to decorate the Marlborough House in London, England. Regardless of origin, sodalite’s influential energy and dreamy hues contribute to positive communication, order, truth-seeking, and calmness. Sodalite can dissipate guilt and increase idealism when life feels too chaotic. 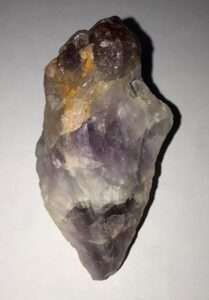 One of the more commonly found minerals in Canada is fluorite. Although pure fluorite is colourless, fluorite exists in mines across Canada in a spectacular range of colours, including green, blue, yellow, white, rusty-red, and (most often) purple. The most distinctive feature of fluorite is that some specimens exhibit fluorescence under UV light (the term fluorescent comes from this property of fluorite) or thermoluminescence when heated. As shown by these qualities, fluorite has an incredible ability to transmute energy into a new form. The transmutative property of fluorite means that this stone can absorb negativity and release it back as stabilizing, balancing energy. Fluorite is an effective crystal if seeking emotional balance and inner peace.

The most exclusively-Canadian crystal is known as auralite 23. This incredible rock is only found north of Lake Superior in Ontario, where the impact of a mineral-containing meteorite struck an amethyst deposit approximately 1.5 billion years ago. The resulting crystal, also known as Ontario amethyst and red-cap amethyst, has a chemical composition of an amethyst base with a possible 23 mineral inclusions. These different minerals give auralite 23 its characteristic purple bands and red-iron tip. Despite its ancient formation, auralite 23 is relatively new to the crystal market; it was discovered in the 1950s and marketed originally under its alternate names. The unique mineral composition of every specimen means that each piece of auralite 23 contributes a different soothing spiritual experience. In general, auralite 23 is a powerful spiritual healer and a stone of profound transformation. The fiercely influential energy of auralite 23 can balance all levels of being. The recent market popularity of auralite 23 has made this stone a hot commodity; however, novices to crystal healing should be cautious before choosing auralite 23 as the high-frequency energy requires a great deal of balance to be effective. If you gravitate towards this exquisite and potent crystal, research the best ways to incorporate its healing into your life. 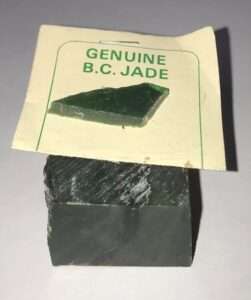 The five crystals I described are unique specimens of geological processes and metaphysical properties alike. Whether you conduct crystal energy healing or like to admire the beauty of nature, consider adding these Canadian crystals to your collection.